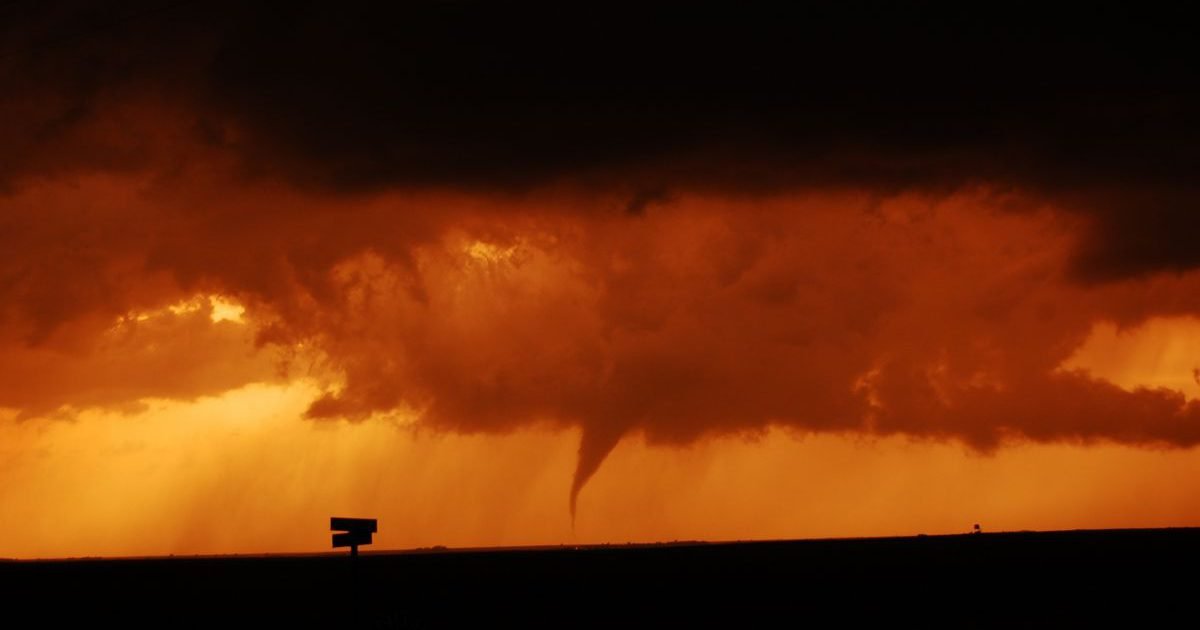 CANWARN is a volunteer organization, of ham radio operators, who report severe weather when they see it to Environment Canada. What they do is called ground-truthing. They confirm on the ground what satellites and radars see in the atmosphere. When Environment Canada’s weather centres issue severe weather watches or warnings, they alert the CANWARN volunteers at the organization’s regional stations in the affected areas. The volunteers contact other CANWARN members on the ham radio, tell them a watch or warning has been issued and ask them to report signs of approaching severe weather. These include lightning, hail, cumulonimbus clouds or as they are known in the trade CB’s, and funnel clouds, which if they touch down are then called tornadoes.

CANWARN is organised in local networks. When CANWARN members spot severe weather, they send their reports to the CANWARN network controller who forwards them to Environment Canada’s severe weather office in Toronto using either a special telephone line or the CANWARN web page. At the weather office, the severe weather meteorologist combines the data from the satellites and radar with the information from the ground to refine the forecast or prepare a severe weather watch or warning. In Ontario, CANWARN stations are equipped with computers, printers, and ham radio equipment, and are located in community centres such as airports, police stations and senior citizens complexes.

Ham or amateur radio operators have long played important roles in their communities, particularly during emergencies. These men and women run very high frequency, VHF, or ultra high frequency, UHF, radios from their homes, offices, cars or trucks and so are in a good position to help when normal lines of communication have been knocked out by a tornado, fire or explosion.

Their roles expanded after the Edmonton tornado on July 31, 1987. The tornado which had winds of more than 400 kilometers an hour ploughed through the Alberta city in the mid afternoon killing 27 people, injuring 253 others and causing more than $250 million in damage. The report on the Edmonton tornado and the weather warning system, known informally as the Hage report, said Environment Canada should solicit the help of amateur radio operators in the severe weather watch and warning program.

Within a week of the report’s publication, Environment Canada had trained more than 120 ham radio operators in the Windsor area to detect severe weather. At first CANWARN operated primarily in southwestern Ontario. Today, there are CANWARN stations in towns and cities from Windsor through to eastern Ontario and Parry Sound on Georgian Bay. There are also CANWARN stations in Northwestern Ontario, including places like Thunder Bay, Fort Frances, Dryden, and Kenora. CANWARN volunteers cover most of the areas of Ontario that are likely to have severe weather. CANWARN is active (to varying degrees) in Manitoba, Saskatchewan and Alberta.

Environment Canada trains ham radio operators to spot and report severe weather. They learn about the structure of storms, the types of clouds to watch for and what the department’s severe weather watches and warnings mean. All CANWARN volunteers are encouraged to sign up for the refresher courses which the department offers each year. Any licensed ham radio operator may become a CANWARN volunteer. Men and women who are studying for their licenses or are listeners of short wave radios may join CANWARN as associate volunteers.

SKYWARN is a US national effort to save lives during severe weather emergencies with an expanding network of trained weather spotters. The services performed by SKYWARN™ spotters have saved many lives.

The US National Weather Service has a number of devices for detecting severe thunderstorms. Included in these are Doppler radar, satellite, and lightning detection networks.  However, the most important tool for observing thunderstorms is the trained eye of the storm spotter.

Storm spotters are, and always will be, an indispensable part of the severe local warning program.