© 2022 David Bate. All rights reserved. Trademarks and brands presented are the property of their respective owners.
Home Weather – Climate 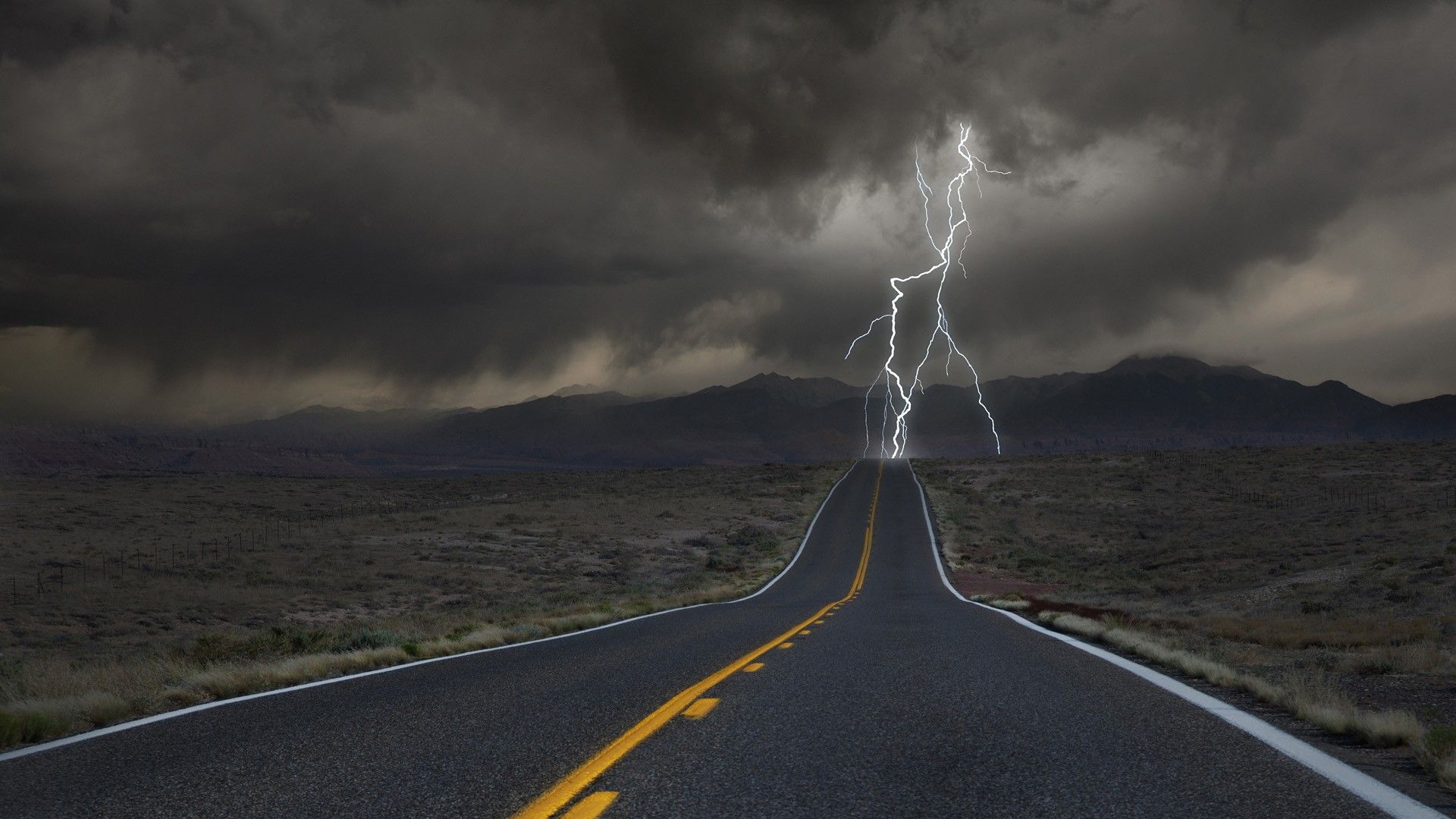 Weather is the state of the atmosphere, describing for example the degree to which it is hot or cold, wet or dry, calm or stormy, clear or cloudy. Most weather phenomena occur in the lowest level of the atmosphere, the troposphere, just below the stratosphere. Weather refers to day-to-day temperature and precipitation activity, whereas climate is the term for the averaging of atmospheric conditions over longer periods of time. When used without qualification, “weather” is generally understood to mean the weather of Earth.

Weather is driven by air pressure, temperature and moisture differences between one place and another. These differences can occur due to the sun’s angle at any particular spot, which varies with latitude. The strong temperature contrast between polar and tropical air gives rise to the largest scale atmospheric circulations: the Hadley Cell, the Ferrel Cell, the Polar Cell, and the jet stream. Weather systems in the mid-latitudes, such as extratropical cyclones, are caused by instabilities of the jet stream flow. Because the Earth’s axis is tilted relative to its orbital plane, sunlight is incident at different angles at different times of the year. On Earth’s surface, temperatures usually range ±40 °C (−40 °F to 100 °F) annually. Over thousands of years, changes in Earth’s orbit can affect the amount and distribution of solar energy received by the Earth, thus influencing long-term climate and global climate change.

Surface temperature differences in turn cause pressure differences. Higher altitudes are cooler than lower altitudes, as most atmospheric heating is due to contact with the Earth’s surface while radiative losses to space are mostly constant. Weather forecasting is the application of science and technology to predict the state of the atmosphere for a future time and a given location. The Earth’s weather system is a chaotic system; as a result, small changes to one part of the system can grow to have large effects on the system as a whole. Human attempts to control the weather have occurred throughout history, and there is evidence that human activities such as agriculture and industry have modified weather patterns.

On Earth, the common weather phenomena include wind, cloud, rain, snow, fog and dust storms. Less common events include natural disasters such as tornadoes, hurricanes, typhoons and ice storms. Almost all familiar weather phenomena occur in the troposphere (the lower part of the atmosphere). Weather does occur in the stratosphere and can affect weather lower down in the troposphere, but the exact mechanisms are poorly understood.

Weather occurs primarily due to air pressure, temperature and moisture differences between one place to another. These differences can occur due to the sunangle at any particular spot, which varies by latitude from the tropics. In other words, the farther from the tropics one lies, the lower the sun angle is, which causes those locations to be cooler due the spread of the sunlight over a greater surface. The strong temperature contrast between polar and tropical air gives rise to the large scale atmospheric circulation cells and the jet stream. Weather systems in the mid-latitudes, such as extratropical cyclones, are caused by instabilities of the jet stream flow (see baroclinity). Weather systems in the tropics, such as monsoons or organized thunderstorm systems, are caused by different processes.

Because the Earth’s axis is tilted relative to its orbital plane, sunlight is incident at different angles at different times of the year. In June the Northern Hemisphere is tilted towards the sun, so at any given Northern Hemisphere latitude sunlight falls more directly on that spot than in December (see Effect of sun angle on climate). This effect causes seasons. Over thousands to hundreds of thousands of years, changes in Earth’s orbital parameters affect the amount and distribution of solar energy received by the Earth and influence long-term climate. (See Milankovitch cycles).

The uneven solar heating (the formation of zones of temperature and moisture gradients, or frontogenesis) can also be due to the weather itself in the form of cloudiness and precipitation. Higher altitudes are typically cooler than lower altitudes, which the result of higher surface temperature and radiational heating, which produces the adiabatic lapse rate. In some situations, the temperature actually increases with height. This phenomenon is known as an inversion and can cause mountaintops to be warmer than the valleys below. Inversions can lead to the formation of fog and often act as a cap that suppresses thunderstorm development. On local scales, temperature differences can occur because different surfaces (such as oceans, forests, ice sheets, or man-made objects) have differing physical characteristics such as reflectivity, roughness, or moisture content.

Surface temperature differences in turn cause pressure differences. A hot surface warms the air above it causing it to expand and lower the density and the resulting surface air pressure. The resulting horizontal pressure gradient moves the air from higher to lower pressure regions, creating a wind, and the Earth’s rotation then causes deflection of this air flow due to the Coriolis effect. The simple systems thus formed can then display emergent behaviour to produce more complex systems and thus other weather phenomena. Large scale examples include the Hadley cell while a smaller scale example would be coastal breezes.

The atmosphere is a chaotic system. As a result, small changes to one part of the system can accumulate and magnify to cause large effects on the system as a whole. This atmospheric instability makes weather forecasting less predictable than tides or eclipses. Although it is difficult to accurately predict weather more than a few days in advance, weather forecasters are continually working to extend this limit through meteorological research and refining current methodologies in weather prediction. However, it is theoretically impossible to make useful day-to-day predictions more than about two weeks ahead, imposing an upper limit to potential for improved prediction skill.

Climate is defined as the average state of everyday’s weather condition over a period of 30 years. It is measured by assessing the patterns of variation in& temperature, humidity, atmospheric pressure, wind, precipitation, atmospheric particle count and other meteorological variables in a given region over long periods of time. Climate differs from weather, in that weather only describes the short-term conditions of these variables in a given region.

A region’s climate is generated by the climate system, which has five components: atmosphere, hydrosphere, cryosphere, lithosphere, and biosphere.

The climate of a location is affected by its latitude, terrain, and altitude, as well as nearby water bodies and their currents. Climates can be classified according to the average and the typical ranges of different variables, most commonly temperature and precipitation. The most commonly used classification scheme was the Köppen climate classification. The Thornthwaite system, in use since 1948, incorporates evapotranspiration along with temperature and precipitation information and is used in studying biological diversity and how climate change affects it. The Bergeron and Spatial Synoptic Classification systems focus on the origin of air masses that define the climate of a region.

Paleoclimatology is the study of ancient climates. Since direct observations of climate are not available before the 19th century, paleoclimates are inferred from proxy variables that include non-biotic evidence such as sediments found in lake beds and ice cores, and biotic evidence such as tree rings and coral. Climate models are mathematical models of past, present and future climates. Climate change may occur over long and short timescales from a variety of factors; recent warming is discussed in global warming. Global warming results in redistributions. For example, “a 3°C change in mean annual temperature corresponds to a shift in isotherms of approximately 300–400 km in latitude (in the temperate zone) or 500 m in elevation. Therefore, species are expected to move upwards in elevation or towards the poles in latitude in response to shifting climate zones”.