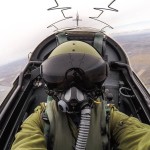 Effective September 30, 2019, it will be illegal to manufacture or import handheld portable radio equipment capable of operating under FRS rules and under other licensed or licensed-by-rule services. The FCC no longer will certify FRS devices that incorporate capabilities of GMRS capabilities or of other services. Existing GMRS/FRS combination radios that operate at power levels of less than 2 W ERP will be reclassified as FRS devices; existing GMRS/FRS radios that operate above that power level will be reclassified as GMRS devices, requiring an individual license.

Radios that can transmit on GMRS repeater input channels will continue to be licensed individually and not by rule.

Once the new rules are effective, CBers will be allowed to contact stations outside of the FCC-imposed — but widely disregarded — 155.3-mile distance limit.

New FCC license fees NOT to take effect, yet!

New FCC license fees NOT to take effect, yet!